Beginning in 2020, each of the four or five Archie K. Davis Fellowships awarded annually by the North Caroliniana Society shall be in the $4,000-$5,000 range. This change, a fewer number of fellowships and the larger amount of each stipend, reflects the desire of the Society and the Davis Family to make these awards more supportive of outstanding applicants and more in line with similar awards provided by other organizations.

Since 1988 more than 400 young scholars have received Davis Fellowships in the $500-$1200 range. This support has produced numerous articles, monographs, and books about North Carolina. Many of them won coveted awards and contributed to the launching of outstanding academic of independent-scholar careers for their authors.

The final group of Davis Fellows funded on this original scale have been selected for 2019. Their names and topics appear in the following list.

In addition to funding these individual scholars, the Society set aside money from the Davis Endowment for the digitization of selected printed material that will aid these men and women in their work. 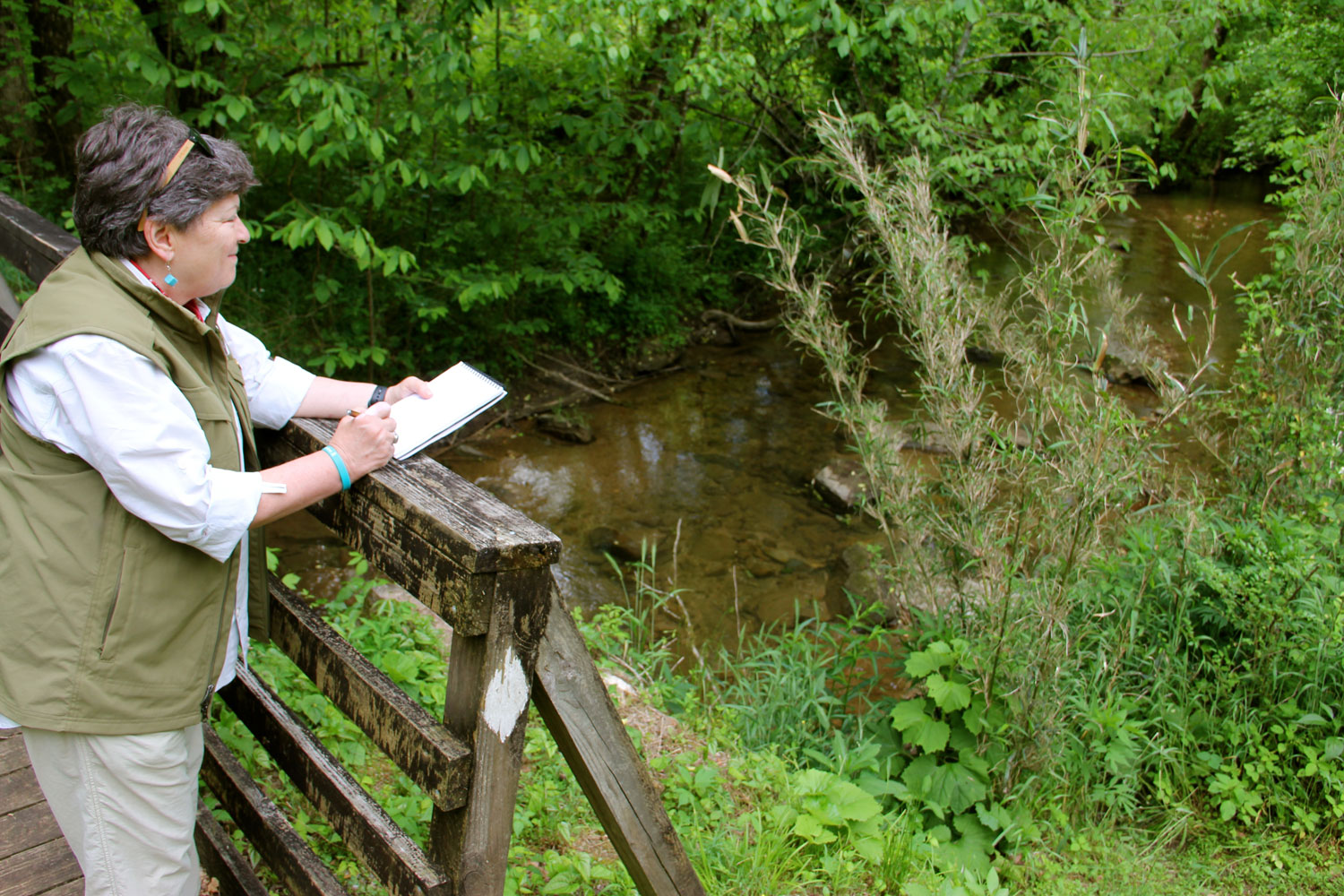 Georgann Eubanks (Archie K. Davis Fellow for 2019) examines a small stand of river cane (Arundinaria gigantea) at a restoration site along Childer’s Creek in Tennessee. Her book project on endangered plants and ecosystems in six states is entitled The Wild South: Lost and Found. The scarcity of river cane is a particular challenge to North Carolina’s Cherokee artisans who use the plant to weave heritage baskets and mats according to ancient standards and patterns.